In December of 1972 during the exhumation of burials from the cemetery a decision had been made to open one of the west wall vaults. The vault contains lead coffins, the Medical Officer of Health, Dr Iain Weir had raised concerns over the possibility of Cholera or contained infections in the coffins. The three images below show the coffins in situ within the vault. Correspondence with Dr A.G. Scott from the University of Dundee advises that after the images were taken the vault was infilled with dry sand. There is no indication to say that the coffins were removed, suggesting that they are still there to this day. 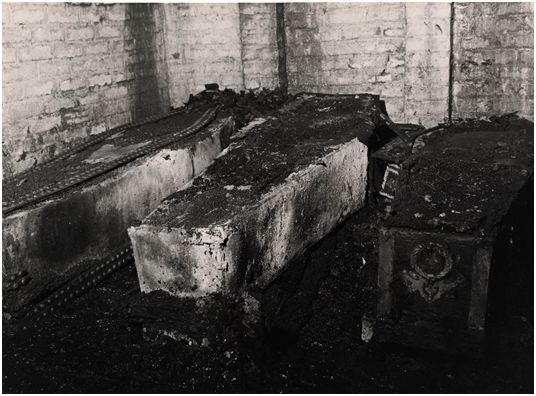 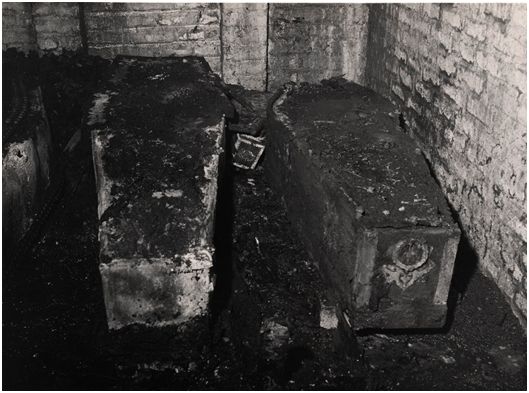 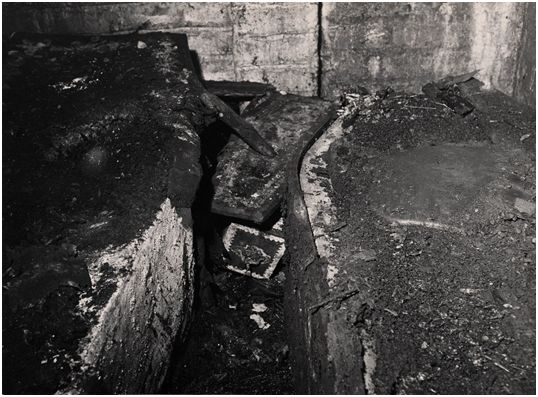